The exhibit centers around what I have determined as four architype Black dolls.

The Black Dolls: Beautiful or Grotesque? Exhibit will illuminate the tradition about the character and treatment of America towards African Americans from slavery to current times. A doll has great power on how we see ourselves and how others perceive us. There is an opportunity to create a positive dialogue about race relations with this exhibit. 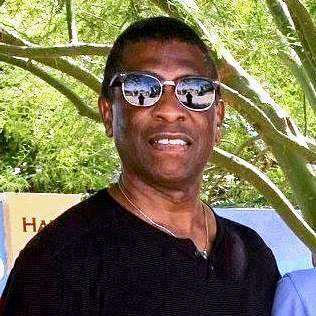 About the Curator - Bruce Nelson

In 2013 Bruce Nelson was accepted onto the Arizona State University’s Museum Studies program. In 2014 he completed an internship at Mesa Historical Museum. After completing his internship Nelson has become the volunteer curator for Escobedo Heritage Room located in the once segregated Washington-Escobedo Heritage Neighborhood in Mesa, AZ.

His first exhibition was a small installation at the Escobedo Heritage Room, entitled remembering North Town. His second exhibition Veterans of Washington-Escobedo was staged at the Mesa Public Library in 2015-16 celebrating Black History Month. His third exhibit Games & Toys of was Washington-Escobedo Community was a small installation at the i.d.e.a Museum 2018 as part their Artful Play! Games & Toys Exhibition.

Bruce’s Black Dolls: Beautiful or Grotesque? Exhibit was installed and on display for six weeks at the historical Carver Cultural Center in Phoenix, AZ.

Nelson loaned several pieces for the church section of The Arizona Heritage Center Museum’s “A Place For All People”Exhibition which was staged January 2019 through December 2019. His two documentary films North Town and Gospel Radio Man were part of the exhibition and screened daily.

In 2020 Bruce was guest curator at the Mesa Historical Museum where he installed his Hallelujah Hats Exhibition which was tagged as one of the Best Black History events to attend in Phoenix by Channel 15 news in Phoenix.

Apply for the Black Dolls: Beautiful or Grotesque? Exhibit

We’d love to collaborate with you on a project or get you set up with a world-class exhibit.

Send us a message and we’ll get right back to you.