The exhibition celebrates the accomplishments of veterans of color from Mesa’s once segregated community known as Washington Park.  There are 32 framed posters in the exhibit. The exhibit includes African American, Latino and Native American veterans from the Civil War, WWI and WWII. The veteran’s exhibit features over 40 veterans from three American wars. Two from the American Civil War; both who were former slaves Alexander McPherson and George Davis. Three from WWI John Briscoe, Dr. Lucius Alston and  Native American veteran Matthew B. Juan who was the first casualty of WWI from Arizona and over 30 from WWII. Medal of honor recipient Mendoza and a host of unknown decorated veterans of color from Washington-Escobedo Community.  There are four military uniforms included in the exhibition 2 Buffalo Soldiers, 1 WWI and 1 WWII ready for display.

The WWII Army recruiting film “The Negro Soldier” and the rare 1920’s silent film “A Frontier Post,” which was shot in Arizona at Fort Huachuca. The silent film depicts the life of the Buffalo Soldiers 10th Cavalry. *These two films may be promoted as a special screening and part of the exhibition.

All subject matter is appropriate for a public, multi-use venue.  All artwork is original and is the sole creation of the artist. Artwork will be displayed in a professional manner. 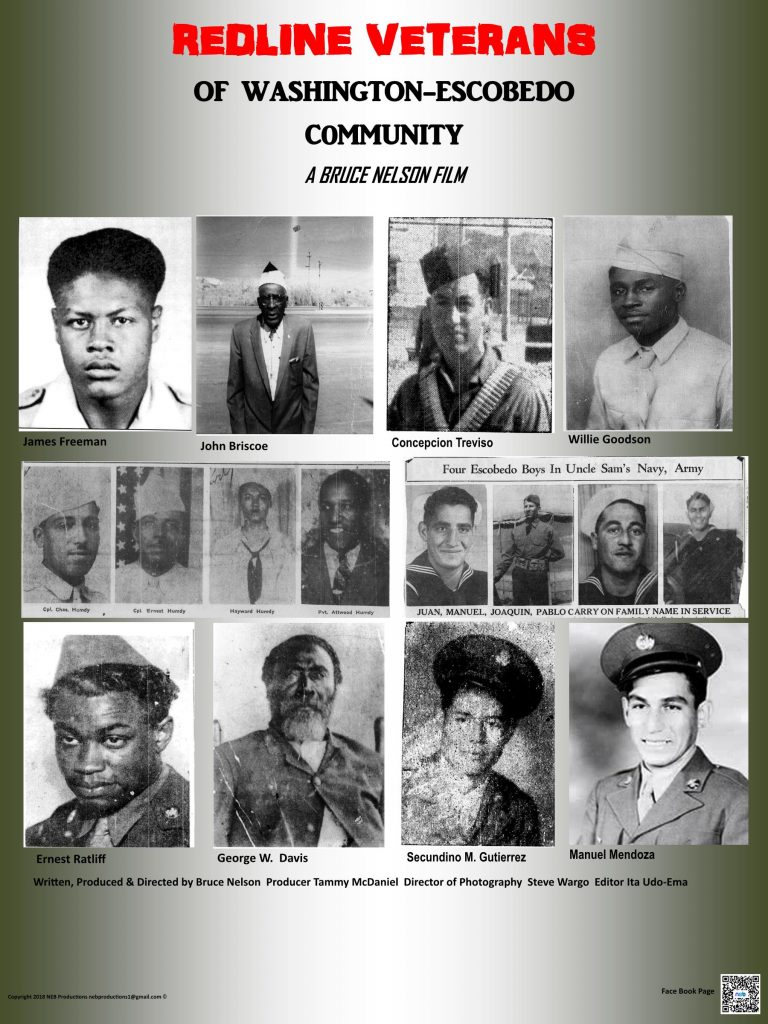 About the Curator - Bruce Nelson

In 2013 Bruce Nelson was accepted onto the Arizona State University’s Museum Studies program. In 2014 he completed an internship at Mesa Historical Museum. After completing his internship Nelson has become the volunteer curator for Escobedo Heritage Room located in the once segregated Washington-Escobedo Heritage Neighborhood in Mesa, AZ.

His first exhibition was a small installation at the Escobedo Heritage Room, entitled remembering North Town. His second exhibition Veterans of Washington-Escobedo was staged at the Mesa Public Library in 2015-16 celebrating Black History Month. His third exhibit Games & Toys of was Washington-Escobedo Community was a small installation at the i.d.e.a Museum 2018 as part their Artful Play! Games & Toys Exhibition.

Bruce’s Black Dolls: Beautiful or Grotesque? Exhibit was installed and on display for six weeks at the historical Carver Cultural Center in Phoenix, AZ.

Nelson loaned several pieces for the church section of The Arizona Heritage Center Museum’s “A Place For All People”Exhibition which was staged January 2019 through December 2019. His two documentary films North Town and Gospel Radio Man were part of the exhibition and screened daily.

In 2020 Bruce was guest curator at the Mesa Historical Museum where he installed his Hallelujah Hats Exhibition which was tagged as one of the Best Black History events to attend in Phoenix by Channel 15 news in Phoenix.

Apply for the Veterans-Escobedo Exhibit

We’d love to collaborate with you on a project or get you set up with a world-class exhibit.

Send us a message and we’ll get right back to you.